UPDATE Photo Reunited – Are you related to Sarah Ann BROADBENT nee JONES from Salford in Lancashire?

Posted on June 24, 2019 by charnwoodgenealogy

A great old photograph postcard find at the Reading Postcard Fair yesterday was this lovely image of an elderly lady sitting out in her garden and even more exciting were some clues on the reverse!

On the reverse was written ‘Great Grandmother Sarah Ann BROADBENT (Nee JONES)’ so it was obviously part of a families photograph archive at some point – the Photographer was Isaac Richards, 124 Northenden Road in Sale. 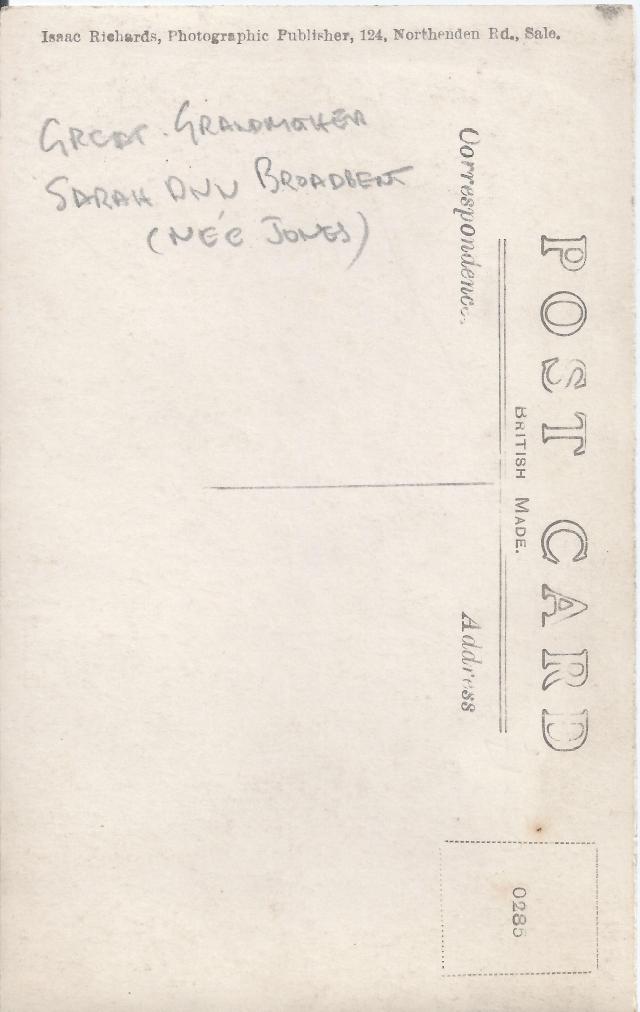 I started my research by looking for a JONES to BROADBENT marriage and found only one possible record between Sarah Ann JONES and Thomas BROADBENT in the April quarter of 1852 in the Salford Registration District in Lancashire.

Knowing from the photograph that Sarah Ann BROADBENT lived to a ripe old age I searched the census records and found her as a widow aged 79 on the 1911 census, as below, living with her daughter Hannah DOOLEY also a widow and her grandson Frederick DOOLEY and niece Winifred BROADBENT a nurse, all living at 3 Vere Street in Salford. 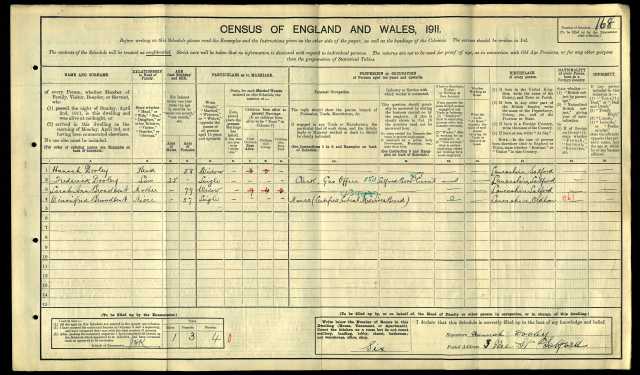 Sarah Ann and Thomas BROADBENT had had seven children four of who were still living in 1911.

I then looked for the death of Sarah Ann BROADBENT born about 1831 and found that she died aged 86 in the January quarter of 1917 in Salford Registration District.

Do you have a connection to the BROADBENT, JONES or DOOLEY families from Salford in Lancashire, as it would be great to reunite the lovely photograph with a  a family member if possible – if you have a link please send me a message.

1 Response to UPDATE Photo Reunited – Are you related to Sarah Ann BROADBENT nee JONES from Salford in Lancashire?