UPDATE: Do you have a SUTCLIFFE, PALETHORPE or PINDER in your family tree?

Posted on July 29, 2019 by charnwoodgenealogy

On Monday evening I received  a lovely message from Edward Wild regarding my blog post on the SUTCLIFFE family – Edward has a Facebook page called Ilkley Remembers and also blogs about the men and women from Ilkley in Yorkshire who died in the First World War – it turns out that Leslie Peveril SUTCLIFFE is one of the men that he has researched and as a result he has found that Leslie is buried in the town of Smithers in British Colombia in Canada.

You can read more here about Leslie Peveril SUTCLIFFE on Edward’s blog here – Ilkley Remembers  – Edward was wondering if I would allow him to use the photograph on his biography of Leslie SUTCLIFFE, because at the moment he only had a photograph of his grave.

She also asked that if I was ever looking for a permanent home for the original photograph, she would gladly take it into the museum’s collection – this would be a fantastic outcome and great to think that it would be seen by lots of other people.

Yesterday whilst at the Bloomsbury Ephemera Fair in London I came across this beautiful old photograph taken in Halifax, which had lots of super clues on the back to identify the sitters and hopefully reunite it with a family member! 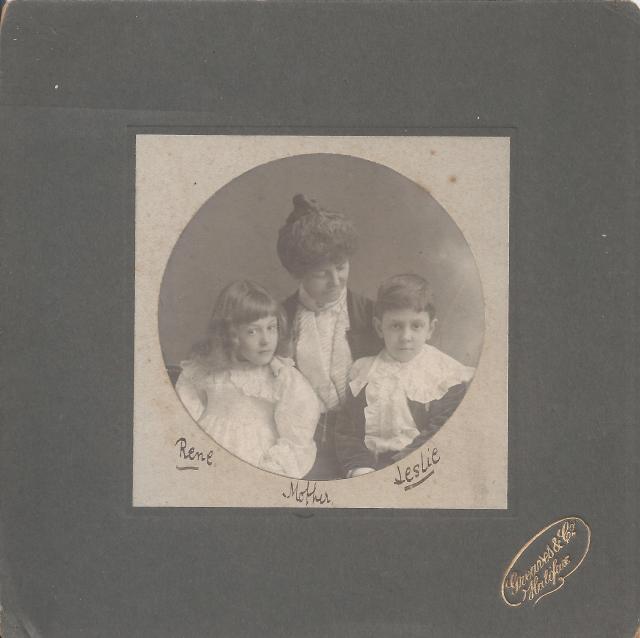 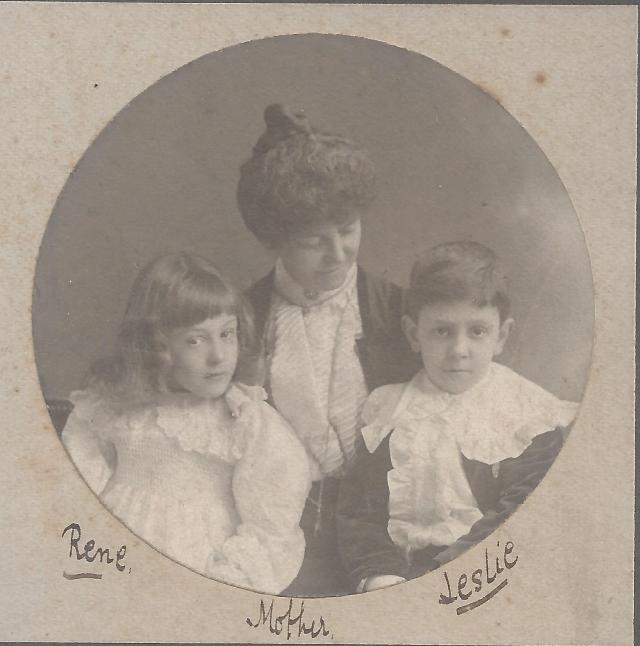 The names written on the front are Rene, Mother and Leslie, as above. 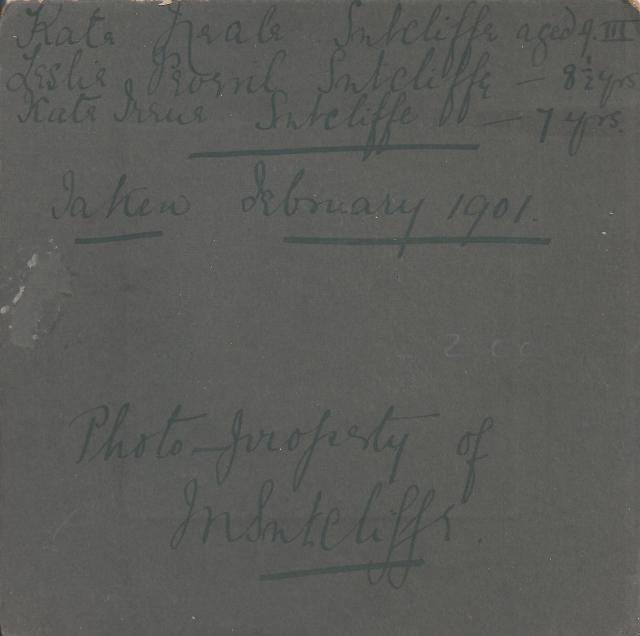 Seeing the date and year that the photograph was taken my first port of call for research was the 1901 census and I quickly found the SUTCLIFFE family living in Sowerby Bridge in Yorkshire, as below: 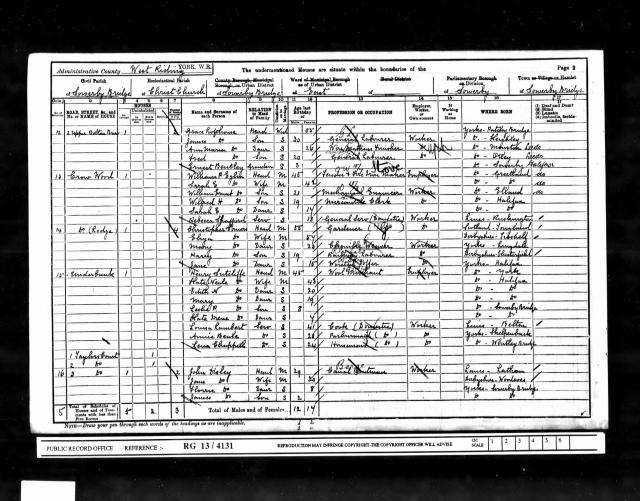 The head of house was Henry SUTCLIFFE whose occupation was a Wool Merchant living with his wife Kate Neale SUTCLIFFE and children Edith, Mary, Leslie and Kate.

I then found the SUTCLIFFE family on the 1911 census, as below, living at Stafford House in Halifax: 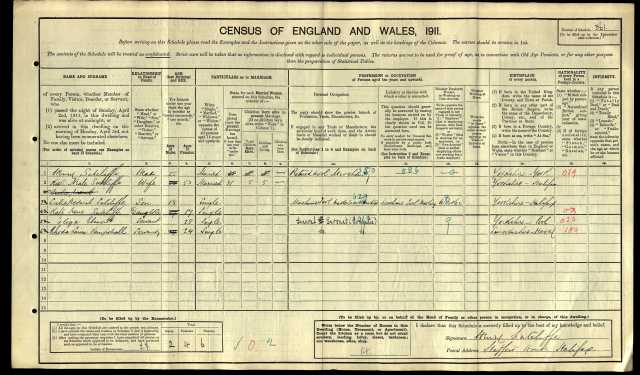 Henry SUTCLIFFE married Kate Neale PALETHORPE on 8th October 1879 at the Parish Church in Halifax, as below: 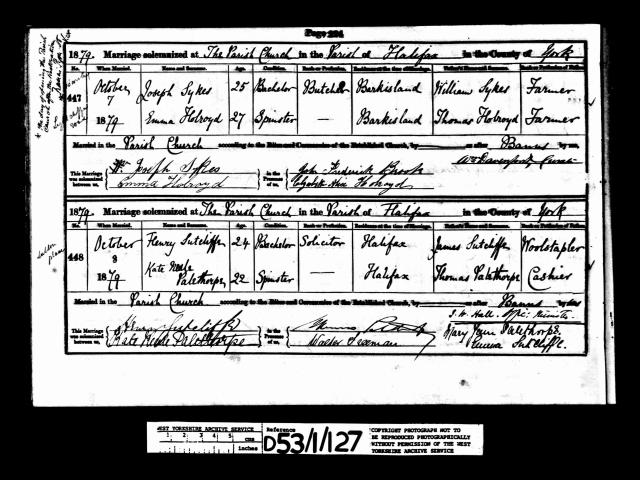 I found the baptism record for Leslie Peveril SUTCLIFFE on 26th September 1897, as below – interestingly his father Henry’s occupation is shown as a Solicitor rather than a Wool Merchant: 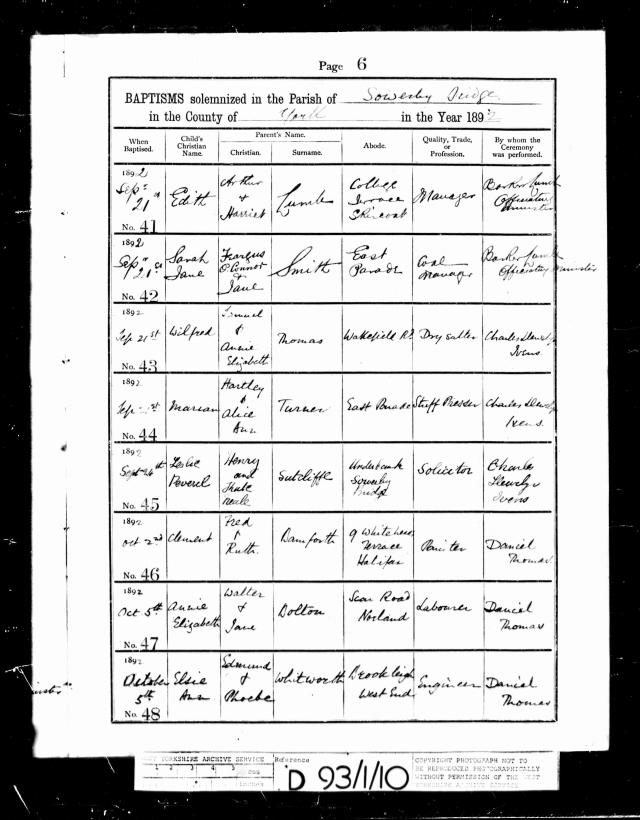 I then found a marriage record for Kate Irene (Rene) SUTCLIFFE to Arthur PINDER on 25th September 1917 in Ilkley in Yorkshire, as below: 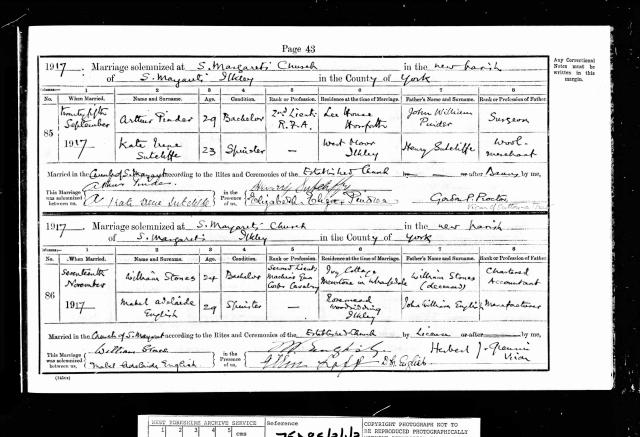 I also found a ship’s record showing Arthur Peveril SUTCLIFFE setting sail for the United States of America and arriving on the 19th June 1918 – more research needed to see if he was on holiday or if he indeed settled there. 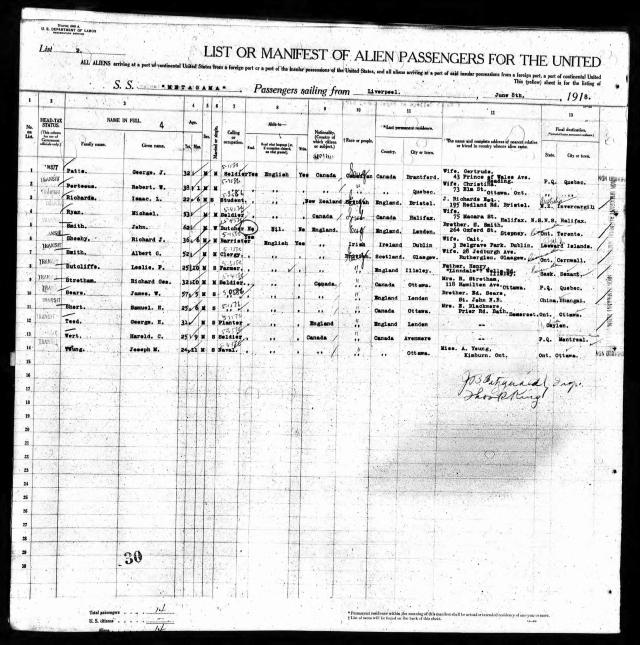 Kate Irene (Rene) PINDER nee SUTCLIFFE died in the January quarter of 1978 in the Leeds Registration District aged 84 and showing her actual date of birth as 12th October 1893.

I have found a couple of people on the Ancestry family researching this family so I have messaged them about this lovely old photograph – however if you also have a connection please drop me a line as it would be great to hear from you and hopefully reunite the photograph if possible!

7 Responses to UPDATE: Do you have a SUTCLIFFE, PALETHORPE or PINDER in your family tree?