UPDATE: A postcard sent from Italy in 1910 to Henry LONGLEY in Tunbridge Wells and a link to a Vice-Admiral

Posted on March 31, 2020 by charnwoodgenealogy

Update: Last weekend I received a lovey email from a direct descendant of Henry LONGLEY whose mother had  come across my original blog post whilst browsing/searching the internet for family information.

Henry LONGLEY was her Great Grandfather and she was thrilled to read about the old postcard I had found and researched – the postcard has now been sent on to her and her family for their own archives.

They also very kindly shared three beautiful old family photographs with me of Henry LONGELY and his family that Paul has very kindly given me permission to include in this update of my original blog post: 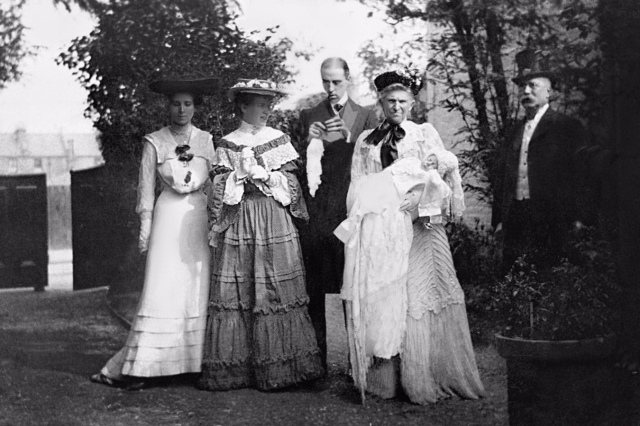 A great outcome and many thanks to Paul and his family – I am so pleased to have found, researched and reunited this fascinating old postcard.

Paul also sent me this article from the Guardian newspaper that mentions Vice-Admiral Eric LONGLEY-COOK and his warning to Whitehall about Russia and US in the Cold War – the link is US was set to bomb Russia first….

Sorting through some old postcards today I found this card sent from Rome in Italy in 1910 to Henry LONGLEY at Tower House in Tunbridge Wells in Kent – in these strange days of Coronavirus this postcard struck a chord with me as so so many people across the world are unable to travel at this time and very few postcards will be sent home to relatives and friends. 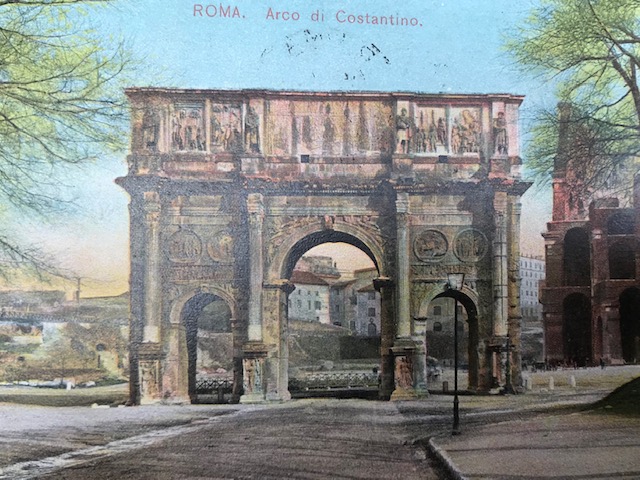 What could I discover about the LONGLEY family and the sender of the postcard his loving Grandson Eric W L COOK? 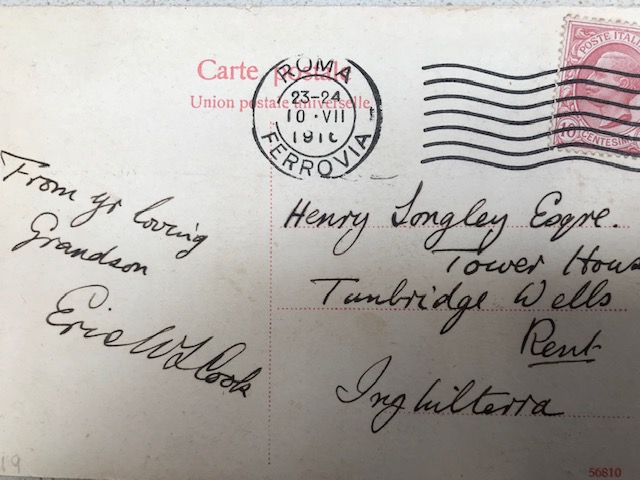 I was quickly able to find the 1911 census record as below which showed Henry LONGLEY as Father in  Law and a Widower aged 78 living at Tower House in Tunbridge Wells in Kent with his Son in law Herbert William COOK aged 40, his daughter Alice Gertrude COOK nee LONGLEY aged 42 and their children Eric William Longley COOK (the sender of the postcard) aged 12, Enid Margaret COOK aged 9 and Laurence Herbert COOK aged 1.

Herbert William COOK’s occupation is shown as a Director of Education for the County Council – had his son Eric been on a school trip in 1910 when he sent the postcard as he would only have been aged 11 years?

The LONGLEY family originated from Henfield in Sussex and Henry LONGLEY had married Susannah Margaret DICK in the Chelsea Registration District in 1865 – they then had the following children including:

Eric married Helga M LOWLES in the September quarter of 1920 in the Windsor Registration District and I will now investigate further to see if he had children.

As I always say to people you need very little information to get your family research started as this postcard very well proves!

My next mission is to try and reunite this lovely old postcard with a family member for their family archive – so if you have a connection please send me a message or email as I would love to hear from you.

3 Responses to UPDATE: A postcard sent from Italy in 1910 to Henry LONGLEY in Tunbridge Wells and a link to a Vice-Admiral